Soul Patrol stands out among the ever-expanding crowd of music brands as one of Sydney’s most recognised and sought-after live house acts. With a killer combination of soulful vocals, excellent musicianship and a range of house music styles, Soul Patrol made waves when it hit the scene in 2003 and quickly amassed a loyal following of like-minded, party-loving fans.

Soul Patrol is fronted by powerful vocalist Arrnott, who rose to prominence through the Popstars Live TV series and has since moved into club land, working first with DJ Jack McCord and the Soul System house outfit. Arnott’s versatility and range has seen him perform at some of Australia’s premier events and venues from Telstra Stadium football games to the Opera House, the Polo Lounge and Piano Room, singing everything from originals to his My Soul Sessions one man show.

He works regularly as a guest vocalist for some of Sydney’s hottest music outfits such as Soul Patrol and La Fiesta Sound System, and some of Australia’s top DJs.

Arrnott’s proven diversity and range as a performer and vocalist has him appearing constantly in the club scene with musical genres from house to gospel to funk. This man has Soul! 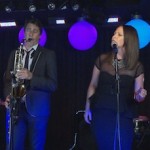